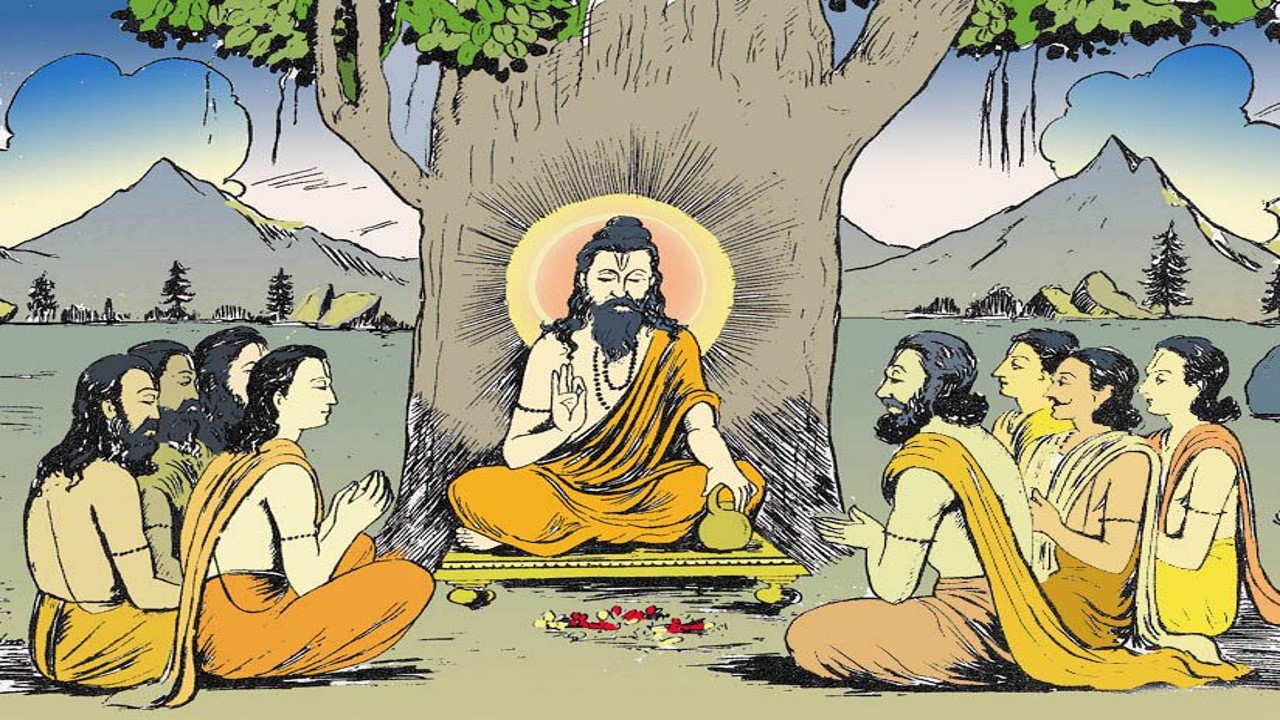 This 108 Upanishad has been divided into three sections for the sake of simplicity.

Thoughts of great people on Upanishad

‘When I read the Upanishads, my tears start flowing. How great is this knowledge? It is necessary for us to especially imbibe in our lives the radiance embodied in the Upanishads.’

‘Whoever reads the Upanishads in the original Sanskrit is captivated and swayed by the lofty poetic and intense hypnotism of their many utterances revealing the occult and sacred relationship of the human soul and the Absolute Truth.

‘There is nowhere in the whole earthly world such a fruitful and highly emotional text like the original Upanishad. It has given me peace in life and it will give me peace in death also.’

The knowledge of the Upanishads has helped me immensely in the progress of my life. I am indebted to them. These Upanishads have been highly respected in the religious literature of the world for spiritual progress and will continue to be so.

I read the Quran, Taurat, Injil, Jabur etc., but the descriptions of God in them did not quench the thirst of the mind. Then read the divine books of Hindus. Of these, the knowledge of the Upanishads is such that the soul attains eternal peace and true bliss. Hazratnavi has also indicated in a verse about these ancient mystical books.

We read about knowledge in any book, we get to study any theory. So I must be related to the Upanishads somewhere. If we have to adopt Vedic education. So we need to have knowledge of Upanishads. Whatever we come across is derived from the Upanishads. The Upanishads state that all beings must be seen in the soul, and the soul in all beings. This attitude towards life and the world makes us samadar. 108 Upanishad pdf  in hindi

This view has been propounded in many ways by Badrayana, Shankaracharya, Ramanujacharya, Madhvacharya and Vallabhacharya in their commentaries and commentaries. Vedanta is a summary of the teachings of the Upanishads. Everyone has said the same thing that Brahma means Truth of Truth ‘Satyasya Satyam’. What is visible is not the main, what is not visible is the main.

What is Upanishad? Upnishad Kya Hai In Hindi

At the core of the Upanishads is Brahman, which is made of the root Briha, and which means to grow. The word is there in the Rigveda, but in the sense of sacred knowledge and speech. Shankara of Brahmasutra considers its derivation from Vrihati, which means to go ahead. 108 upanishad pdf download Madhvacharya accepts it as meritorious (Brihanto Humsamin Gunah). In this way it has been interpreted literally in various ways.

The Upanishads are also known by many names such as Brahmavidya, Atma Vidya, Spirituality, Yoga Vidya, Vedanta, etc. We call it Brahmavidya because we get to read about Brahman only in the Upanishads. That’s why it is called Brahmavidya. In one or the other Upanishads, we also get to learn about the soul, hence it is also called soul science.

It is also called spiritual because this Upanishad is full of spiritualism. And it is also a spiritual book. It also talks about the science of yoga. 108 Upanishad In Hindi PDF In this, yoga has been considered important to our body and its importance has also been told. We come across many Yoga Upanishads. Upanishads are also known as Vedanta. Why is it known as Vedanta, this question is asked by many people.

The composition of most of the Upanishads is uncertain and unknown. Radhakrishnan says that almost all the early literature of India was anonymous, we do not know the names of the authors of the Upanishads. The ancient Upanishads are embodied in the Vedas, the oldest of the religious texts of Hinduism, which some traditionally consider apaurusheya, meaning “not of a man, supernatural” and “impersonal, authorless”. Vedic texts claim that they were skillfully made by rishis (rishis), after inspired creativity, like a carpenter builds a chariot. Upanishads in Hindi PDF

Some Upanishads are classified as “sectarian” because they present their views through a particular deity or goddess of a particular Hindu tradition, such as Vishnu, Shiva, Shakti, or a combination such as the Skanda Upanishad. 108 upanishads in hindi pdf free download These traditions sought to link their texts as Vedic, by claiming to be an Upanishad, thereby leading to a shruti. belong to a separate region, probably southern India, and are relatively recent.

Who are the Upanishads?

The place in spiritual texts is considered to be leading. Leading means the best and first of all if we talk about spiritual texts or only texts, then the first texts we read and listen to are Upanishads. The number of Upanishads is 108 .

How many are the main Upanishads?

Who wrote the Upanishads?

The Upanishads were composed by sage Ved Vyasji.